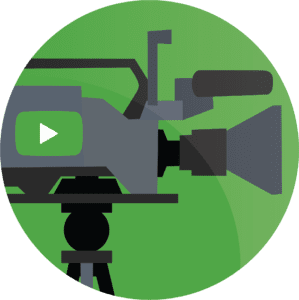 A CAREER IN DIGITAL FILM & VIDEO

At MediaTech, you get access to industry-standard facilities and equipment. Both campuses have real sound stages with an array of digital film cameras and production support equipment. As a result, you have all the tools you need to create and deliver your productions.

MediaTech instructors are seasoned professionals who currently work in the production business. They are dedicated to giving you the skillsets and experience you need to work alongside them in the industry. And you’ll definitely find your instructors’ names in the credits!

Turn your passion for film & video into a career here at MediaTech.

The Digital Film & Video Associate of Applied Science Degree Program is designed to provide you with the skills necessary for employment in the digital film & video industry. You are trained from the basic to the advanced aspects of production for music videos, documentaries, televisions shows, and feature films—from script to screen.

We provide you with hands-on training for you to create digital content and deliver it to the world. Plus, you will have the technical classes, along with the required general education courses, to provide a well-rounded education.

As a graduate, you will be ready for employment at a production company or post-production facility, working on a music video, commercial, corporate video, television, and/or feature film production crew.

Upon successful completion of this program, you will be well equipped for entry-level employment in the digital film & video production industry with working knowledge of digital production, post-production, and the film business as well as meet all requirements for the Associate of Applied Science degree in Digital Film & Video Arts.

The Digital Film & Video Arts Diploma Program is a comprehensive course of study designed to teach students the basic to advanced aspects of production for commercials, music videos, documentaries, televisions shows and feature films — from script-to-screen. As a graduate of this program you may find entry-level crew positions on music video, commercial, documentary, television, corporate industrial video and feature film productions. During the film master class you will be immersed in the production process every step of the way: script, budget, locations, casting, lighting, directing, shooting, producing, audio, gripping, editing and graphics.  You will be qualified for employment at a production company or post-production facility with real experience and a demo reel to show those potential employers and as an  entrepreneur, you will have the skill sets to pitch or produce your own television show or independent film.

Every film student has access to Mac computers loaded with the latest cool digital tools and software such as:

In the final term of the Digital Film & Video programs you are truly making a scene! You will utilize your skills in every process of digital film production as you make an independent movie. From business development/contract negotiations to distributions and exhibitions, the entire class becomes a Production Company and the crew to create and produce a professional digital film from Script to Screen.  Then you get to walk down the red carpet at the premiere screening of your movie attended by friends, family, and industry professionals.

The possibilities are endless! You could also choose to work freelance for a variety of different companies, artists, or even for yourself. If you dream of a rewarding career in digital film production, Visit our Campus Today!

TURN YOUR PASSION INTO
YOUR PROFESSION