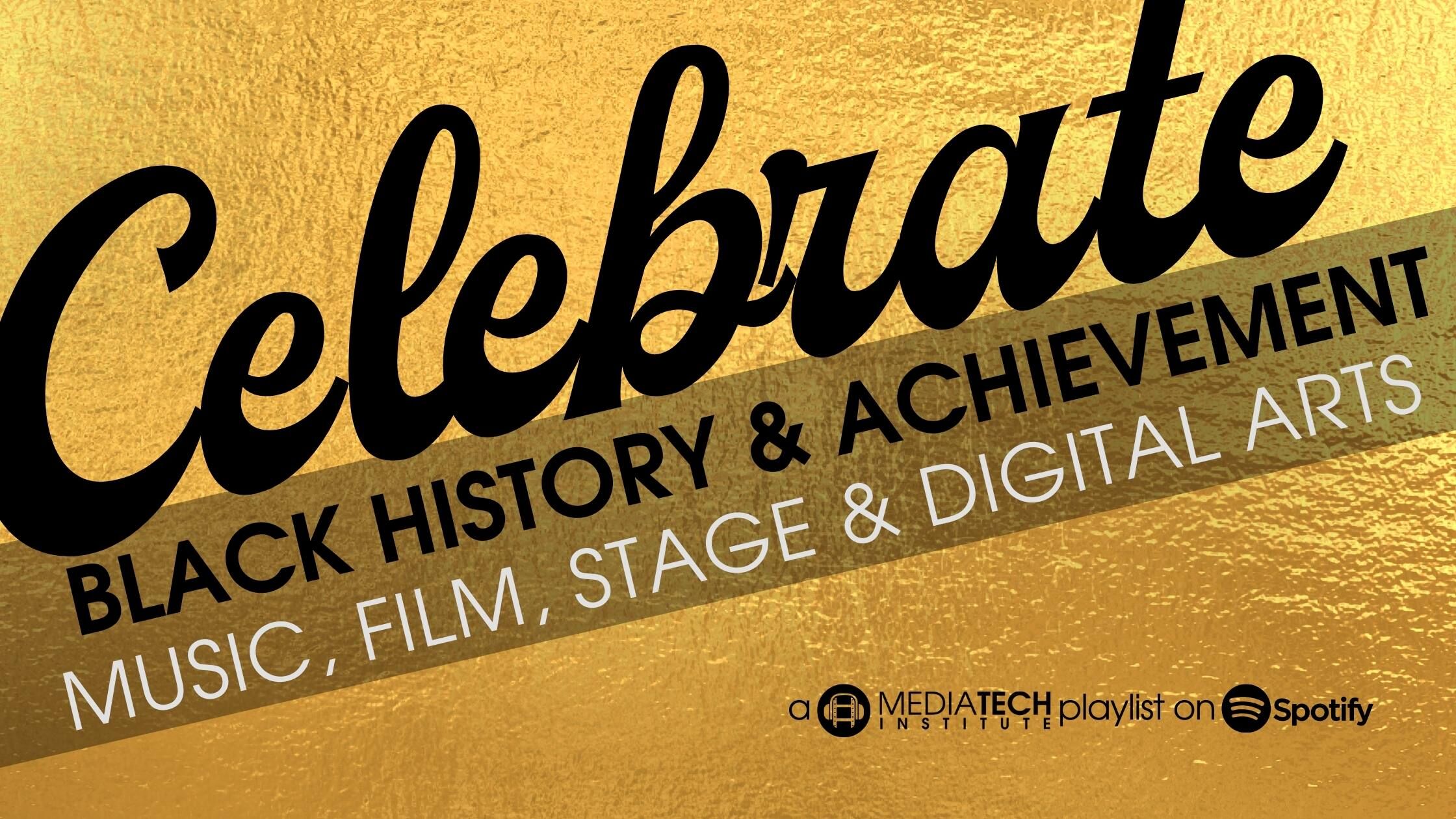 Our first playlist “A Celebration of Black History & Achievement“ is curated in honor of the generations of African Americans who have trail-blazed in the midst of adversity and continue to light the way for those that follow their footsteps in the fields of music, film, & digital media. The playlist is never ending as the contributions of these talents are innumerable and we will update this post periodically as the playlist grows!

CONTRIBUTIONS FROM STAFF & INSTRUCTORS
Song: “Bigger”
Recording Artist: Beyonce
Submitted by: Jaleigha Jones – “This song reminds me that even during my darkest days, I’m a part of something bigger than me. My ancestor’s blood runs through my veins, therefore I know I’m capable of any and every thing. “

Song: “Star Spangled Banner”
Recording Artist: Jimi Hendrix
Submitted by: Wendy Jasper – “Some might think Hendrix’s Woodstock Banner was an on-the-spot improvisation. But he had actually been experimenting with the song for over a year, and he would continue to perform the anthem up until his untimely death in September, 1970.  In all, Hendrix performed the piece at least 70 times, with his last known performance taking place almost a year after Woodstock – in Hawaii, on Aug. 1, 1970. Hendrix sometimes titled his anthem renditions “This Is America,” and his arrangements were as flexible as they were potent. They could be as short as three minutes or as long as six-and-a-half.”

Song: “I Will Always Love You”
Recording Artist: Whitney Houston
Film: The Bodyguard
Submitted by: Chad Marlow – “No entertainer has ever been more successful than Whitney Houston in 1992. Her star vehicle “The Bodyguard” became the highest grossing live action film of the year and its soundtrack topped the pop chart on its way to becoming one of the best selling albums of all time. Both these feats were largely propelled by the single “I Will Always Love You,” Houston’s soaring and heartbreaking R&B makeover of Dolly Parton’s country hit from the 1970s.”

Song: “I Put A Spell On You”
Recording Artist: Nina Simone
Songwriter: Screamin’ Jay Hawkins
Submitted by: Cristal Givens – “Both Screaming Jay Hawkins & Nina Simone were fearless artists & performers whose contributions to the arts continue to inspire the world. “