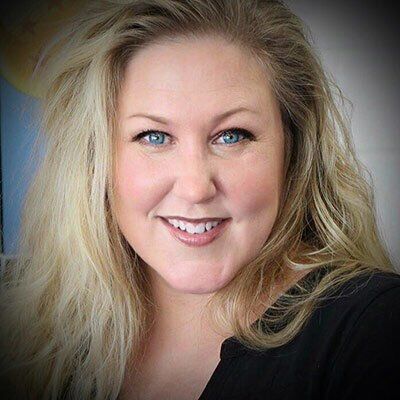 Tiffany Vollmer was born in Mineola, New York and was quickly moved to San Diego California where her entrance into the entertainment industry began.

By age 5, she was a runway model in several Southern California Bridal shows that were featured on the weekly entertainment program “PM Magazine”. At the age of 7, she moved with her family to Dallas, Texas where she pursued acting, voice, dance and art.

She found her passion for film-making while getting her performance degree from the University of North Texas. While there, she achieved many accomplishments and awards for acting, academics and makeup design.

Some of her accomplishments included being chosen by the staff as the Head of the Make-up Department where she created an internship/apprenticeship program to develop and train other aspiring artists. As head of the department, she was the resident Makeup artist/consultant for the U.N.T. Radio, Television and Film school. Tiffany was also recognized by her faculty and staff by being appointed as an Ambassador to the Dean, for the College of Arts and Sciences. As a member of the Production Committee, chosen by faculty and peers, she was an integral part of producing and finalizing show line-ups for each semester.

While maintaining the Gaylord Hughes Acting Scholarship, Tiffany was also very active in the theatre department’s social and service organization University Players. Her junior year, she held the office of the Historian and continued her reign as an officer by being elected President her senior year.

From 1994 and graduating in 1999 with a Bachelor of Arts and Science Degree with a double emphasis in Design and Performance, she performed in 7 plays, had a recurring role on a student written/produced soap opera, designed hair and make-up for 6 Opera’s, 7 student films, one that went on to win an Academy Award for “Best Student Film”, won 5 Best Makeup Design awards in theatre, and produced her first television show, “Rip Off”, a “rip off” of “Whose Line is It Anyway”.

Tiffany has continued to work on both sides of the camera. She had a very successful 10 year career as the voice of Bulma on the hit anime cartoon “Dragon Ball”, “Dragon Ball Z” and “Dragon Ball GT”, as well as many other smaller characters on several shows produced by Funimation. While acting, she fell in love with production and has worked from P.A. to Producer for over 20 years. In 2003, working as wardrobe on the Indie feature “A Killer Within”, starring Sean Young, C. Thomas Howell and Jean Carlo Esposito, she was recruited to work on the Tony Award Winning Musical “Moving Out”.

Also in 2003 she and business partner Tracy Terrell operated as a team under the name T-Squared Productions and produced the independent film “Placebo” which won a double showing at the first AFI Dallas. In 2007, she bounced back into theatre as the creator, producer, ensemble member and designer for the acting troupe, The Transient Theatre Collective. After the troupe disbanded in 2008, due to the “transient” nature of its members, Tiffany went to work as a designer and performer for The H.U.B. Theatre Dallas, in Deep Ellum. While there, she ran into college alumni, Cris Buckner. Cris, a producer/production manager for the Barrow Street Theatre in New York brought her up to N.Y.C. to design makeup and hair for the world premier of the off-Broadway musical “Traum Novella”.

Tiffany has several television production credits as well, including Talent Coordinator for the Fox series, “Renovate my Family”, First A.D. for several episodes of “Pinks”, “Pinks all out” on the Speed Channel and Casting for the reality shows, “Trading Spouses”, “My Big Fat Obnoxious Boss”, and “Rebel Billionaire”. Most recent film credits include first A.D and Art Director for the Feature Film “Evidence of a Haunting”. Other producer credits include the short films “Emmerick” and “Rollins”, in association with Rose County Entertainment, and “Henry’s Daughter’s.” She has worked on numerous commercials, industrials, PSA’s and music videos for big name acts such as Buck Cherry, and Drowning Pool. In February of 2010 Tiffany had the pleasure of designing make-up and hair for the feature film, ”Mangus”, by New York writer/director Ash Christian starring Jennifer Coolidge, Deb Tinker, Lesley Jordan and Executive Producer, Heather Matarazzo.

In January of 2011, Tiffany relocated to New Orleans and immediately began work as the music video producer and stylist for blues singer, Olga Munding. She worked on several indie features and was the makeup and hair supervisor for “Two Bed Rooms, One Bath” starring Michele Hicks, Dee Wallace, Eric Roberts and Costas Mandalor. Ms.Vollmer performed with Art House Productions, wrote, directed and produced several commercials and annually participated in the 48 hour film festival with the group Backyard Shed Films as Mistress of Vanities.

After 8 years of Makeup for Mardi Gras Balls and Royalty, directing and stage managing with Theatre Lab NOLA, in 2019 Tiffany was invited to join MediaTech Institute where she helped create and is the author of the recently accredited Associates Degree in Acting for Media and Master Makeup Artistry. While working on her programs she has also helped launch the student organization MESH at MediaTech where she serves as Senior Faculty Adviser. Tiffany is passionate about creating and being involved with the arts. She continues to work in production and as a voice actress and is now involved in giving back to the industry she loves so much.

Tiffany has just been appointed and is honored to serve on the Board of Directors for Women In Film Dallas 2020! She is excited for the opportunity to share her talents and skills to support the organizations mission to “Empower. Promote. Mentor.”