If you are interested in a recording arts program in Dallas TX, look no further than the top notch classes at MediaTech Institute.  Our highly rated professors are also professionals in their industries and offer students real life knowledge and experience that they can’t get anywhere else.

MediaTech Spring 2015 alumni, Celedrick Brown took some time recently to share some insight with us on his experience while attending MediaTech, some of his favorite memories, his current endeavors and words of advice for future students.

Coming from a musically gifted family, Celedrick Brown knew that he had a future in Recording Arts in some capacity. He had the talent, but he needed to take the next step to really hone in on his skill and make a name for himself. In 2006, he had the dream of opening up his own production company, and after touring the MediaTech recording arts program in Dallas TX, he felt he had found his new haven to creatively expand his knowledge and fine-tune his craft.

Brown’s time as a student at MediaTech gave him the skill-sets he needed to thrive in the industry, a network of students, faculty and alumni to bounce ideas off of and collaborate with, and friendships that will last him a lifetime. Brown’s wit and charm served him well, as his peers and faculty voted him as Mr. MediaTech, Spring 2015. His determination for success propelled him to see out his goals. 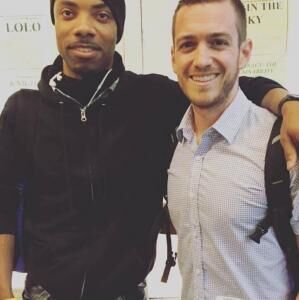 Where is he now?

“I just recently acquired my own studio and office here in Dallas, says Brown. “I’ve signed a local artist, and we are currently working on his project slated for early 2017.”

During his time at MediaTech, it became evidently clear that making networking connections could provide many future opportunities. Since graduating, he’s utilized those connections and worked alongside both national and global producers, and a manager of South Africa’s Idol (similar to American Idol) even asked him to assist on an upcoming project.

One of his biggest accomplishments is working with Dallas native, multi-award winning Producer Justin Rhodes, and his web series titled, “These Beats Ain’t Free”. Along with classmate Deryk Elkins, Brown is a cast member on the series as well as part of the creative writing team. He has kept busy putting in countless hours of dedication and building his future over the last year and half since graduating from the recording arts program in Dallas TX.

When asked what the best piece of advice given to him during his time at MediaTech, Brown replied, “[The] best advice I received was from [instructor] Scott Ayers when he told me that music production is subjective. Don’t pay so much attention to the meters but more to how it sounds. He preached that a lot: ‘it’s about how it sounds’.

With the mindset and work ethic he possesses, Brown has no intention of going anywhere else anytime soon. In fact, this MediaTech Alumni only plans to grow his empire, continue surrounding himself with those in the industry and turning his dreams into a reality.

“[There’s] nothing wrong with admiring someone in your field that’s made it already, but separate yourself so that whatever you do, people associate that thing with you – and no one else. Be a trendsetter and learn to distance yourself from distractions and stay focused. Put in the hours of practice and work, network and keep God first; you will see great results.”

To learn more about our recording arts program in Dallas TX and to start your future with MediaTech, give us a call at 866-498-1122 today.