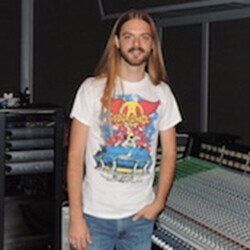 Victor D. Brewer was born and raised in the small town of Eagle Lake, Tx. He fell in love with music as a child focusing on the drums. The drums through his teenage years, sparked his interest in recording arts, which then lead him to Mediatech Institute. While he was in school he worked as a lab tech for MTI Houston. After graduating, he developed an interest in helping others learn as a lab instructor, assisting students with class work, and studio troubleshooting. He also accomplished roadwork on The Vans Warped Tour as a stage tech for a headlining act, Andrew W.K, across the country. Soon after he continued to pursue a freelance-mixing/tracking career supporting many local Houston artists such as Positive Disturbance, Howl & the Rougarou, Jerome Batiste & the Zydeco Players, and various other Hip Hop artists. He now also teaches his 101 students at MTI Houston. Like his mentors Jacob Meador (Orchestrate Sound Studio) and Paul Cox (226 Recordings) Victor plans to enhance the art of professional audio, and ultimately make any music, sound awesome!!