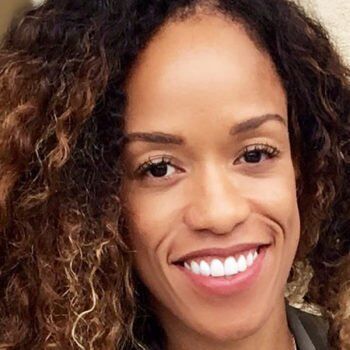 After graduating from Texas A&M University in 1999 with a BS in journalism —
Edwards began working at Dateline NBC — She went on to produce for
numerous reality-based programming, including the ABC talk show The Debra
Duncan Show, Trading Spaces and FOX’s, Texas Justice until she entered the
scripted television arena in 2001 on the hit drama Soul Food: the series. In 2004,

Edwards opted to channel her passions into film. She entered NYU on a full-
scholarship and graduated with a MFA in Dramatic Writing. Upon receiving rave

reviews for her original Screenplay, Assata, Edwards also became recognized for
her work in theatre, which earned her the prestigious New Works for Women
Award and an off-Broadway production of her one-act play, Everyday People.
Soon, she gained the attention of award-winning producers, Bob Balaban and Amy
Robinson, whom she assisted in development on the indie film Game 6. Edwards
later signed on to develop an onslaught of original programming for Chicago based
TV station, WJYS, before becoming an associate producer for the No.1 daytime
TV show, Judge Judy. Since then Edwards has gained notice on the festival circuit
for her suicide musical, A Minute Forever and her indie film, The Purple Onion,
which she executive produced in 2015. Currently, Edwards is executive producing
the animated feature, RIO and the highly anticipated documentary, I Am Dick
Gregory alongside Cinemation Studios in Los Angeles.