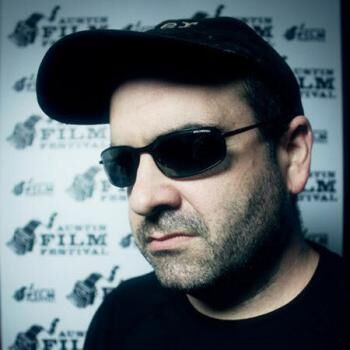 Lee’s love for animation, motion pictures, and story combine to give him a great appreciation and talent for the media arts. As a film student at the University of Central Florida, he specialized in animation. His first production, a documentary entitled On Art and Inspiration, won Lee the first of his many awards.

He has lent his talents to a number of motion pictures, from the independent thriller Jack-O to Oliver Stone’s Born on the Fourth of July. His other production work includes production design on the TV pilot A Twist in the Tale, assistant direction on The Hunt for EPCOT Ed-Ventures for the Walt Disney Company, and art direction on corporate productions for Citibank, Bell Atlantic, and the US Air Force.

Lee’s gifts lie not only with visuals but also with the written word. These two talents merged when he wrote episodes of the cult animated series, The Tick. He also wrote and directed a PSA starring Michael Winslow and several commercial spots for the Orlando Predators. He co-wrote and starred in the comedy short Crooks which won numerous awards and was broadcast on the CBS show, Comedy Night School.

His studio features include a screenplay adaptation of H.G. Wells’ The War of the Worlds, as well as his original works From the Ashes, Ground Rules, and Batman: Dark Knight for Warner Bros. Both Ground Rules and From the Ashes earned many writing accolades. His other writing credits include the pilot episode of the animated children’s series Remnant, a reality show called Ship Shape, and some episodes of the syndicated series SciFi Wasabi on the Syfy Channel.