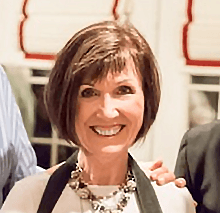 Kathy’s career as a librarian began when she was in fourth grade, and was selected to be the official student librarian for Highland Elementary School in Richmond, Indiana! She held that position for three years, until she moved on to junior high, where she also helped out in the school library. Kathy moved to Texas for college, and received a Bachelor of Science Degree in Education from Stephen F. Austin State University, and a Learning Resources Endorsement from East Texas State University. She spent twenty seven years in public education, initially as a teacher, and later as an elementary school librarian, twenty two of those years as the librarian at Cannon Elementary School in the Grapevine/Colleyville Independent School District. Besides being DFP Department Head Eric Jewell’s aunt, Kathy is also Duane’s wife, Erin, Alyssa, and Kelsey’s mom, and Grammy to Cyrus, Truitt, Josiah, and Simeon. Kathy’s favorite hobby is spoiling her grandsons, but she also loves all things Beatles, traveling, and, of course, reading.